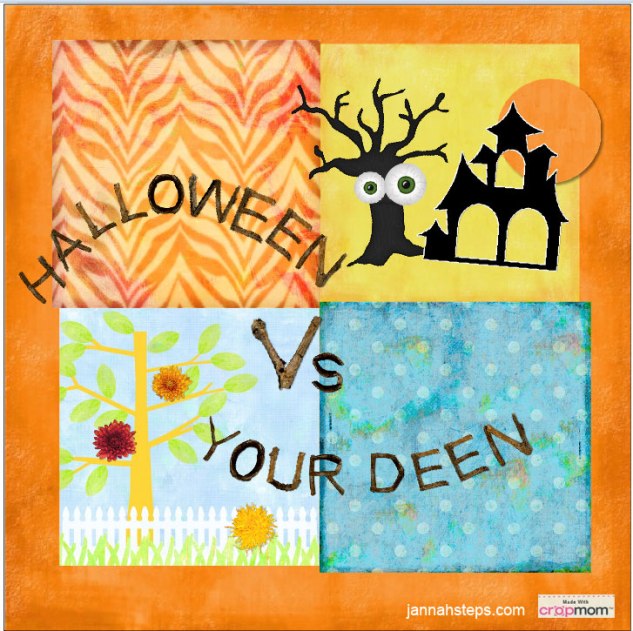 I know that a lot of you may be tempted to dress yourself or your kids up for Halloween. However, the majority of scholars have said that Halloween in particular is a celebration that true followers of Islam should not celebrate.  I feel awful because even though I was always a practicing Muslim, I didn’t realize how harmful Halloween was until much later in life. So I decided to write this post to help more Muslims gain awareness about it.  While it may seem harmless to dress up and eat candy on Halloween, here is an excerpt from SuhaibWebb.com.

“The consensus of our scholars have prohibited taking part in the activities or selling the items specifically related to celebrating holidays representing religions other than Islam. This is due to the hadith we mentioned, ‘Whoever imitates or resembles a people is one of them’ (Bukhari)

Among these is Halloween which is an ancient polytheist pagan tradition of Europe that was switched to All Souls day once Roman Catholicism had spread throughout Europe. It gained back its pagan roots with the capitalist venture of profit in those polytheist rituals. The current practices are almost identical to those done by the Polytheist originators of this holiday. If you are truly a follower of the Qur’an and Sunnah – not someone who follows their desires, or someone who simply wishes to fit in even when it compromises their religion – then you will not partake in this holiday.

We must not take part in this celebration. Instead, we should try to organize mosque activities on this night, or try and go somewhere that doesn’t celebrate it, or at least just keep your lights off outside of your house.”

For those of you in the Bay Area, MCC East Bay is planning a nice event called November’s Eve Celebration at Sienna Ranch from 5:30pm-8:30pm. It will be a halal alternative to Halloween replete with s’mores, bon fire, face painting, and henna. Since this is NOT a Halloween event, please don’t come in costume iA.

I hope this post finds all of my East coast readers well and I hope this helps all Muslims decide to do the right thing today iA.

2 thoughts on “Halloween and Islam”